These have been interesting times in Ontario’s schools.  I have a blog post stashed away, never to be seen in public, detailing my rant on that particular subject but, cathartic as writing it was, I think it’s best that it remain in the dustbin of history.  One of the side-effects of these interesting times (along with interesting weather) has been that we’ve had a few days with very few children at school.  I confess that I love days like this.  It’s not because I don’t like having all of my small friends with me but there’s something quite wonderful about being able to focus on children as individuals, with space around them, room to breathe, and time to spare.  These days also bring the gift of not feeling any pressure to be productive; no one expects much of you on a snow day.  Not having a teacher-directed agenda (not even a Reggio-inspired, creative one) means that the kids are even more in charge of setting the tone than usual.  They have their own ideas of how the day should proceed and it’s often surprising to the adults.  What we think would be fun is roundly rejected and we find ourselves watching in amazement at what they do choose to do.

This photo was taken after our Christmas concert.  Most children were picked up right after the concert but four children stayed until the end of the day.   They wanted to keep making music and, beginning with the tambourine I had played during the concert, they created their own four-man-band.  They marched and, fascinatingly, they counted. “1-2-3-4 buah, buah… 1-2-3-4 buah, buah”.  How did they know to count?  What did the counts mean to them?  One of the band members had been very reluctant to count for me before and suddenly I had evidence of counting marching right in front of me!

Glitter IS the season.  Much to the delight of the children, I finally cracked open the glitter.  It turns out that you can spend an entire snow day gluing and glittering and generally being quite thrilled. 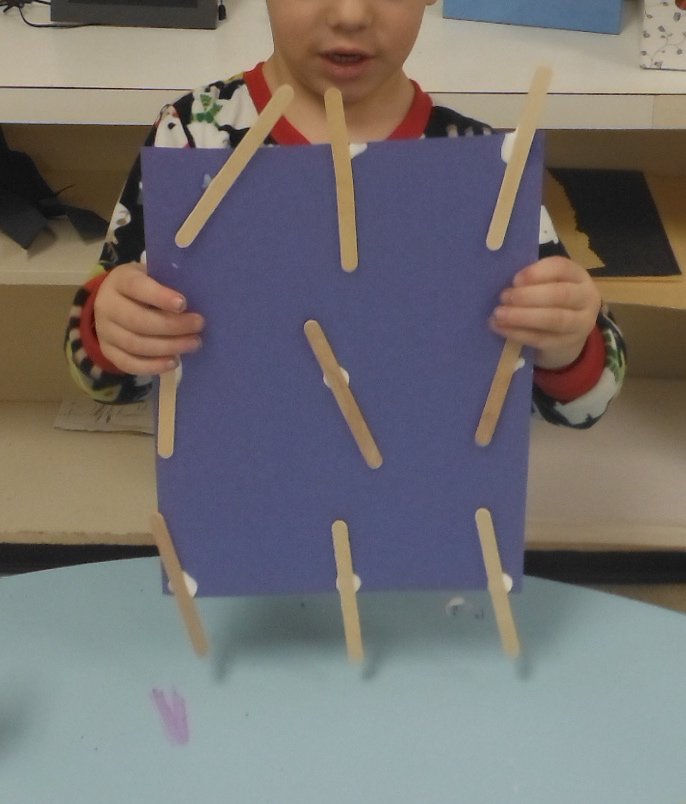 Suddenly they’re making arrays!  Without any prompting from me O decided to make this array showing the number 9.  He talked to me about how there were three groups of 3 and how he had organized the popsicle sticks.  Amazing! Would I have noticed what he was doing with 15 more children in the room? 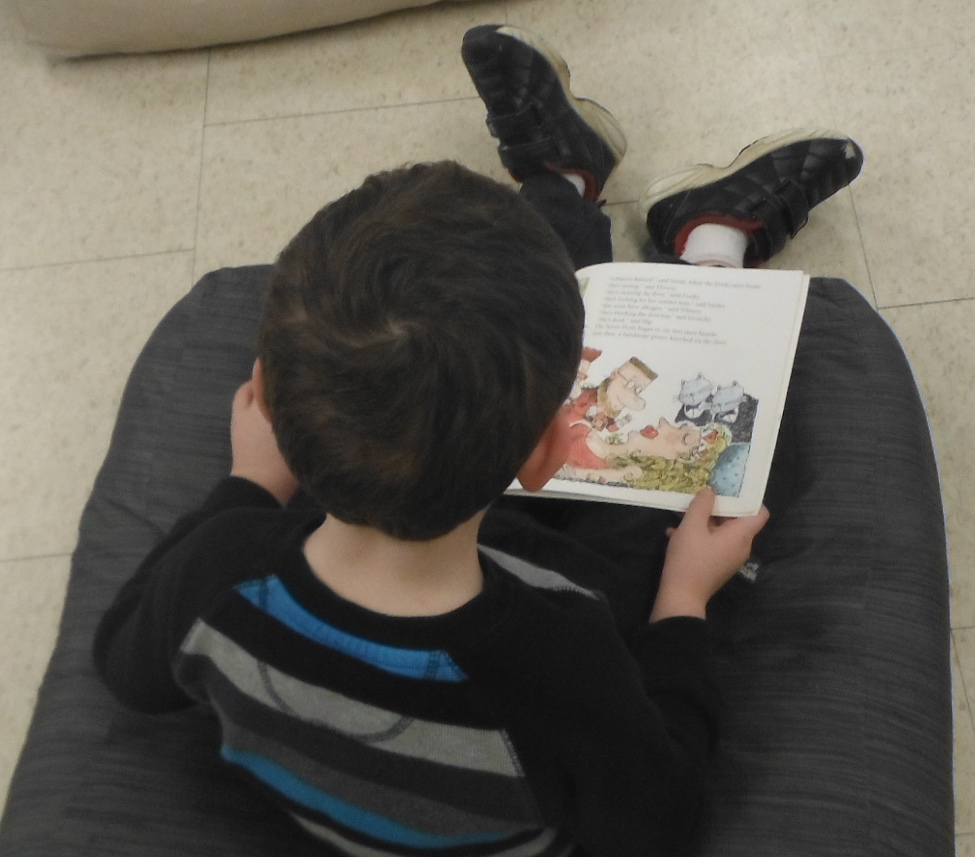 Madame, I know all you grown ups think it would be fun to watch a movie in the gym but frankly, I just want to read my book!

We’ve had an ongoing challenge with toy food.  There isn’t enough of it to go around, it’s often expensive to purchase and it quickly becomes the subject of fights.  Suddenly, with only 6 children in the class, we hit upon a solution (which seems obvious in hindsight): make it out of plasticine!