We’re into week 3 of the school year.  Friendships are being forged, routines established, and materials explored.  As I’ve watched the children explore the room over the past few weeks, I’ve been reminded of the value of simple toys.  Because I teach kindergarten, people in my life (parents at school, acquaintances, relatives) often approach me to either ask me or tell me about toys they’ve purchased or are thinking of purchasing for their children.  Increasingly, these are electronic toys.  It’s not unusual to hear that someone has bought their child an ‘app’ or a child-marketed tablet because they think it’s educational.  They think (and are encouraged to do so by the marketers) that these toys will give their child a leg-up, that they will be more advanced than their peers once they get to school.  They also think that successful completion of these programs indicates that their child has learned something important, particularly to their school success.  Now… before you read what I’m about to write, I want to tell you that I’m not a perfect parent, far from it.  On Tuesday night, I was so sick that I sat my children down in front of the miracle that is the Treehouse channel, put dinner in the oven and prayed that my husband would get home soon.  I well understand the power of electronics to occupy children, to keep them quiet and subdued, and to give adults a little relief.  I’m reminded of what Rachael Lynde tells Diana in Lucy Maude Montgomery’s Anne’s House of Dreams when they’re discussing the ubiquity of the Eaton’s Catalogue in late 19th century Canada.

“Well, they’re splendid to amuse children with,” said Diana. “Fred and Small Anne look at the pictures by the hour.”

I don’t want to be the Rachael Lynde in this story.  I know that all of this gadgetry is amusing.  I know it occupies kids and keeps them out from under your feet when you’re cooking dinner.  But… educational, brain-developing, mind-stretching?  I doubt it.  I think that success in completing those programs mostly means that you’ve successfully learned how to complete the program.  I’ve met children who can identify letters by tapping on them in an app but can’t then identify them in a book.  It’s largely a conditioning system… ring a bell and the dog salivates… tap the screen and you get a song or a picture or a digital sticker.  It’s a very effective reward system but the learning is dubious.   I don’t think they have any more value than a paper worksheet; you can scroll down to see how I feel about those.  We have some very simple toys in our classroom.  Have a look at the amazing variety of things the children have been doing with them in the past few days.  They aren’t expensive, they last forever, you can play with them in many different ways, many of them are quite beautiful to look at and they all stretch the mind and imagination.  They provoke problem solving and social negotiation with other children and best of all… they’re fun! 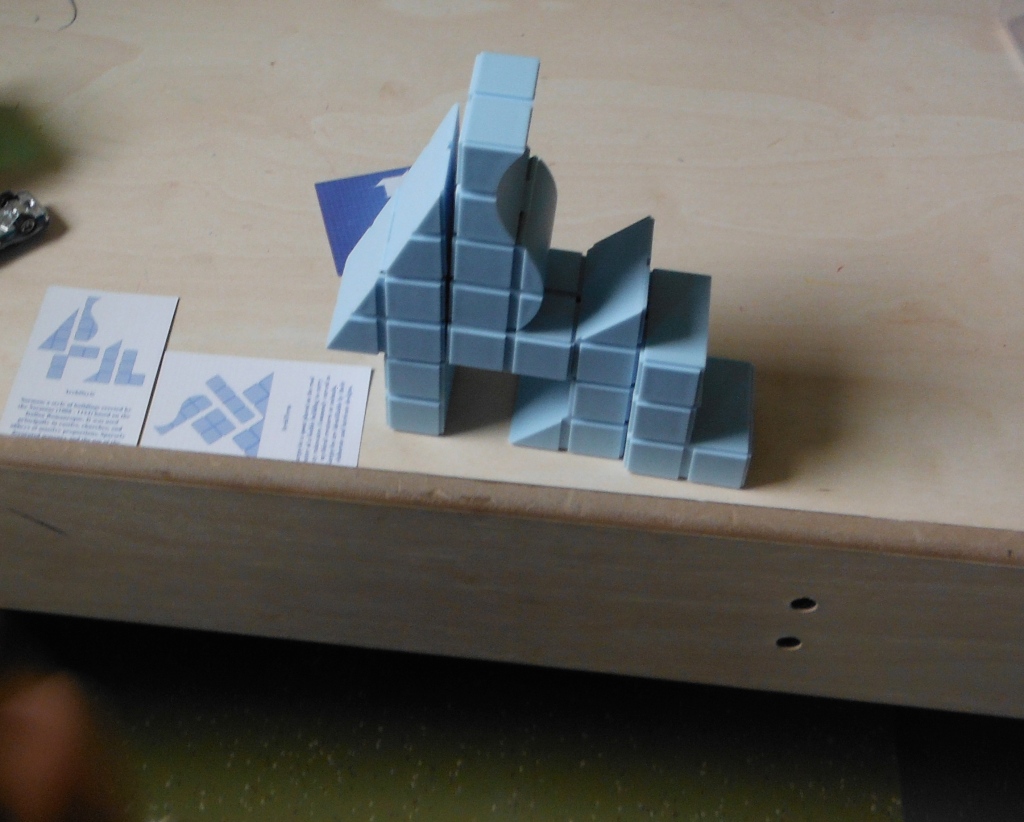 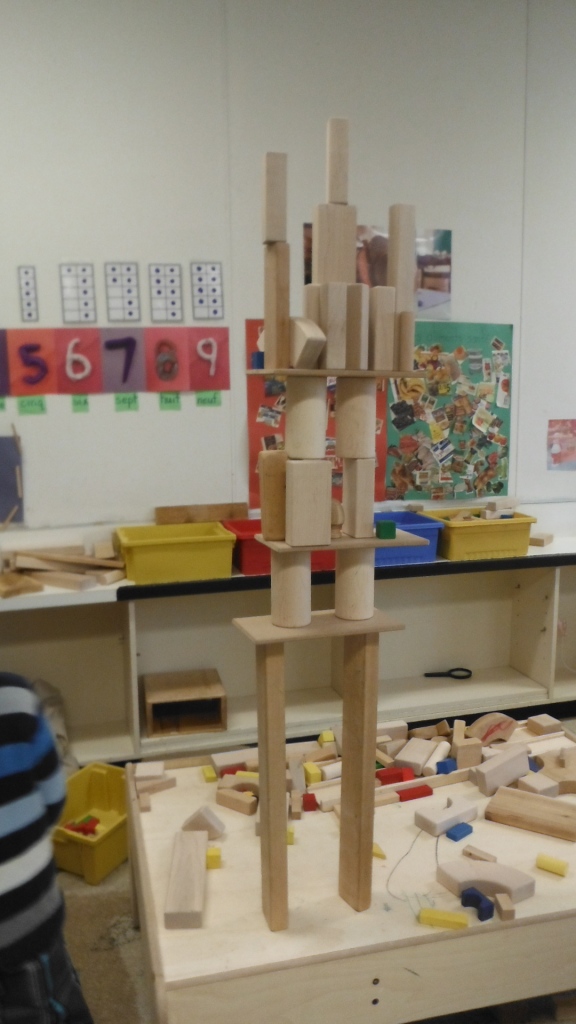 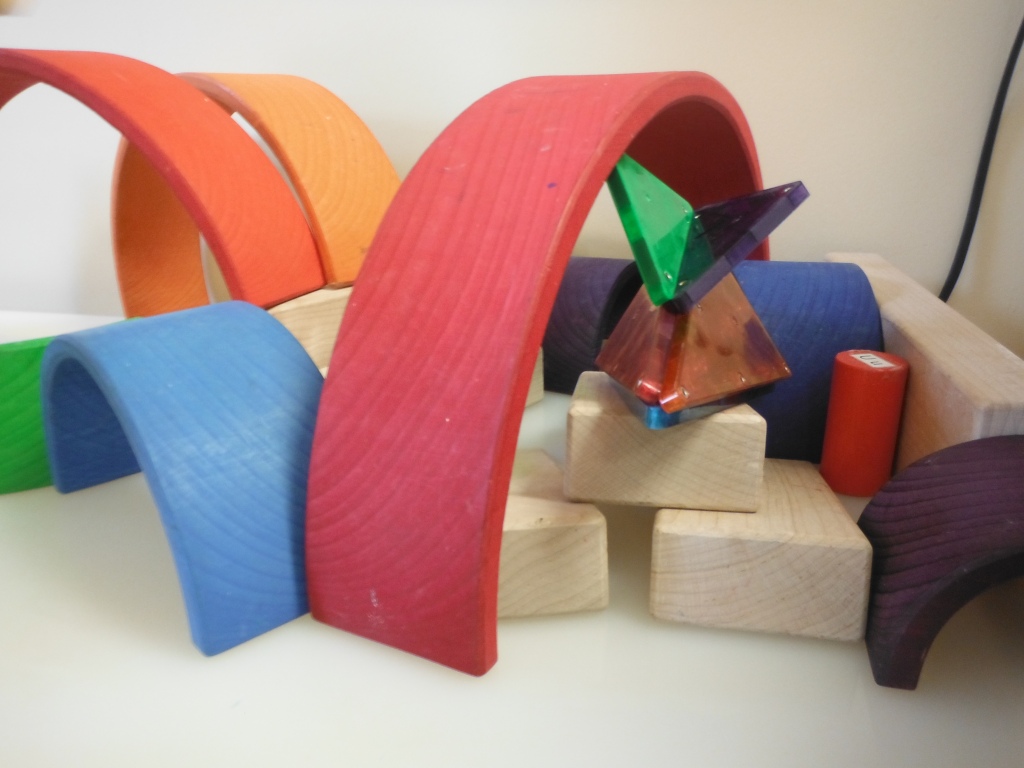 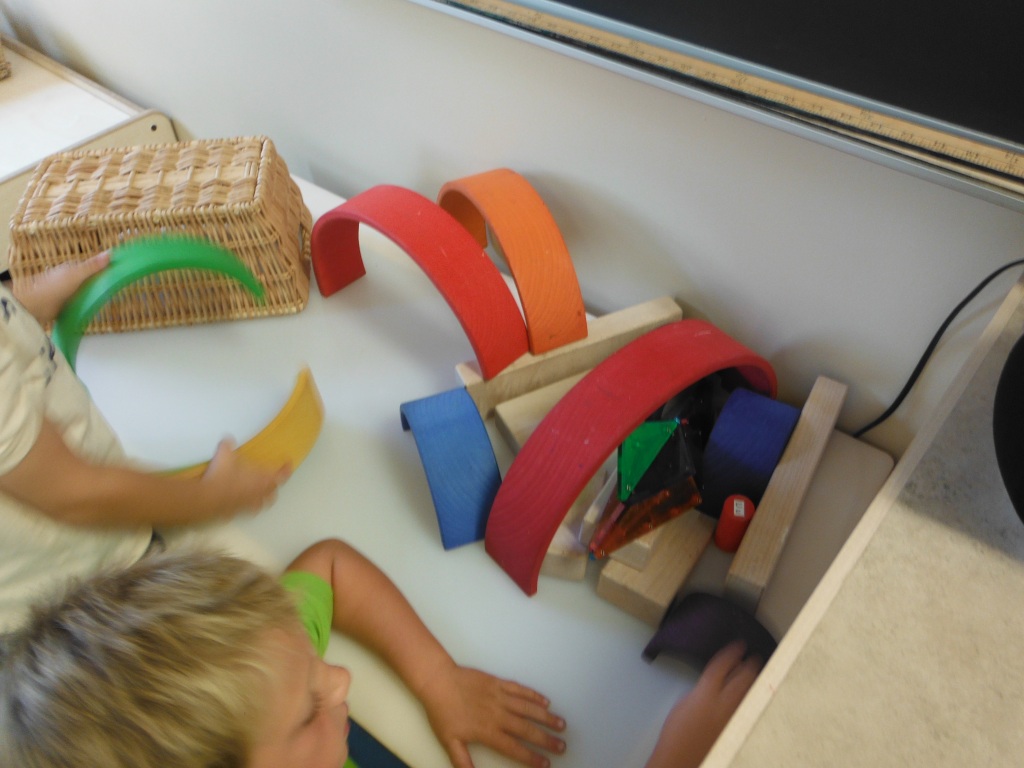